What is Kiddie Tax and Why Was It Imposed?

Kiddie Tax is the tax imposed by the Tax Reform Act of 1986 on investment income belonging to children.

It applies to all unearned income. That includes not only all types of investment income but also distributions from traditional IRAs and 401(k)s and some Social Security survivor benefits.

The idea of the tax was to end the practice of high-income earners who were shifting some of their income to children and grandchildren who were in lower tax brackets.

This was done usually by giving investment assets to children directly or through trusts.

The original Kiddie Tax had most children under 18 and full-time college students under 24, paying taxes on their investment income at their parents’ highest tax rate.

This required a separate form and some complicated computations.

It also required parents to share their tax information with their children.

For tax years beginning after December 31, 2017 the new tax law (TCJA) simplifies the computation of the Kiddie Tax by applying the trust tax rates to the net unearned income of the of a child.

There will be no reference to the parents’ tax rate.

That greatly simplifies computation of the tax and means parents don’t have to share their tax information.

However, the new rules mean many who are subject to the Kiddie Tax will pay higher taxes than they would have under the old rules.

The trust tax rates for unearned ordinary reach the highest tax bracket of 37% at just $12,501 of income.

For reference, a taxpayer filing single hits the 37% unearned ordinary bracket at $500,001.

As I have told people for years, every time you hear the words “tax simplification” from a politician it really means tax increase.

If you plan to leave assets to a child as part of your estate plan, you should consider leaving a child who might be subject to the Kiddie Tax a Roth IRA instead of a traditional IRA. There might be a family member in a lower tax bracket who should inherit the traditional IRA.

Another strategy for grandparents might be to give appreciated property to the parents instead of to the grandchildren.

But the parents might owe only a 15% (or lower) rate if they were given the property and sold it.

The final word – check with your CPA before taking any action to transfer assets and investments to children and grandchildren. 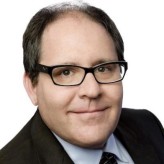